Depression After Back Surgery Is Surprisingly Common 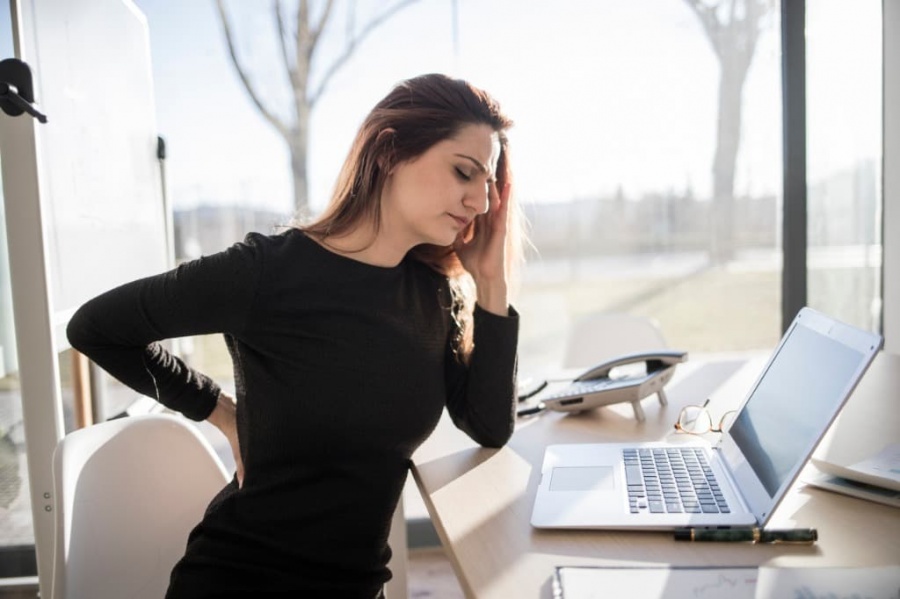 Unfortunately, everything came to a screeching halt last spring when Ron suddenly developed unbearable nerve pain in his right hip and groin. He had degenerative spine issues over the years that required several surgeries, but this pain was different. It was constant.

Here’s how one patient dealt with post-op depression.

To say that Ron Twentey is an active senior would be the understatement of the year. This 84-year-old veteran, commercial artist and engineering draftsman spends his days maintaining his home and 90 acres of land, creating woodworking projects and attending his grandson’s baseball games, all with his wife, Trish, at his side.

Unfortunately, everything came to a screeching halt last spring when Ron suddenly developed unbearable nerve pain in his right hip and groin. He had degenerative spine issues over the years that required several surgeries, but this pain was different. It was constant.

Learn to recognize the signs of depression after back surgery.

As Ron describes it, it was, “Twenty-four hours a day of the stabbing, electric-shock pain never lower than a five on the pain scale chart and spiking like a seismograph to excruciating levels.”

First, he visited his family doctor. Then, he went to a pain management doctor. Finally, after almost six months of sleepless nights in an armchair and woefully watching Trish drive his tractor on their property and wishing he could do his chores, he connected with Brian R. Subach, MD, FACS.

“Ron’s injury involved a far lateral lumbar disc herniation,” says Dr. Subach. “It is unique in the fact that it causes excruciating pain that is unrelenting. Most people who have this disc herniation cannot even sit down or sit still because of the leg pain.”

Ron says that the procedure was minimally invasive, sharing that the herniated, encapsulated disc material was successfully removed, which in turn relieved pressure on the nerves. As soon as the anesthesia began to wear off, Ron immediately realized that the pain was gone. He didn’t even ask for pain medication.

Within 24 hours, Ron and Trish headed home. One would think that Ron would have felt overjoyed about his newfound, pain-free life. In fact, it was quite the opposite: Ron began to sink into depression.

Depression after back surgery is not an anomaly. It’s been proven through studies, like a 2017 Mayo Clinic study that shared, “Patients who undergo spinal surgery have a higher risk for postoperative depression than patients treated for other surgical or medical conditions known to be associated with depression.” Another study suggests that a startling one-fifth of spine surgery patients develop post-traumatic stress disorder (PTSD).

“The likelihood of depression occurring in a postoperative period has to do with two factors,” Dr. Subach says. “The first is the duration of symptoms prior to treatment, and the second has to do with successful relief of the pain. When the symptoms persist for a long period of time prior to surgery, the patient often comes in with some signs of depression and resignation to having the pain. When the surgical treatment is effective in alleviating chronic nerve pain, the patient often has signs of depression as well.”

He adds, “The nerve pain can be excruciating and unrelenting and tends to cause depression and feelings of helplessness if left untreated.”

“A few days after the pain had been instantly relieved, my attitude took a nosedive,” Ron admits.

Trish helped Ron realize that he was descending into post-op depression, something that had happened to him years earlier after open heart surgery. Ron found himself spending his days in bed, feeling sorry for himself and thinking about the six months that had been wasted dealing with pain.

“There was absolutely no reason that I should have been heading into depression, but the symptoms were obvious,” Ron says.

Noting that a fifth of spine surgery patients develop PTSD, Ron believes that “the sudden relief of long-term, acute pain was not unlike post-traumatic stress.”

Ron continues, “I looked back at my U.S. Army service in Korea during the hostilities of the ’50s and recalled how my attitude and outlook on life suffered after coming home from that war-torn place. When my tour of duty was over, I was back home and the enemy was gone—except in my psyche.

“Similarly, through all these months of non-stop, severe nerve pain, I had become hyper-focused on that pain. It had become my purpose in life to fight it. When the pain went away and the enemy was gone, I believe I continued fighting it because it had been my one job for so long.”

He realized that he needed to reestablish his purpose. He needed to work through the feeling that he didn’t trust his pain-free life and felt it could return again at any moment.

Ron discovered coping mechanisms that helped him mentally and physically. He found that physical therapy to be a positive activity that occupied his mind as he regained strength. He says that he slowly resumed activities that replaced “the pain rut” carved into his brain.

After major surgery, says Ron, “If your spouse, a family member or a close friend sees something abnormal in your attitude, don’t brush off their concern. Be open to talking about what you’re feeling and try to be specific.”

The role of a caregiver is key when someone is experiencing depression, and depression after back surgery is no exception.

Trish, who calls Ron “an extraordinary individual” and her “very best friend,” was on a roller coaster of emotions through this process. When Ron was pain-free after surgery, she experienced great joy and gratitude. Trish was shocked when Ron’s mood suddenly plummeted.

“I was not expecting my husband’s change of attitude just days after the pain had been relieved,” Trish says. “I didn’t know why he was not elated and relieved the way I was.”

The two had a heart-to-heart about his emotional state.“Until we talked it out, I hadn’t understood that it was the warrior mentality I was witnessing,” Trish says.

Trish has advice for spouses, friends and family members of those who are displaying post-op attitude changes: “Research. Ask questions. Know what a normal recovery should look like. Pay attention and be a vigilant observer. Even if it takes a little butt-kicking to keep the lines of communication open, don’t let someone you care about just drift away.”

Life After Back Pain

Thanks to Dr. Subach, Ron is feeling much better these days. He continues to enjoy the absence of nerve pain. There is hope for you too if you’re currently mired by depression after major surgery.

When asked if he has any advice for those looking to head off depressive symptoms before or right after surgery, Dr. Subach says, “Sleep deprivation is the biggest problem we face. Many times, I will emphasize medications such as melatonin to allow at least some fragmented sleep to occur.”

Sleep, talking with loved ones and doing your best to resume activities you took part in before the surgery can greatly alleviate the effects of depression after back surgery.